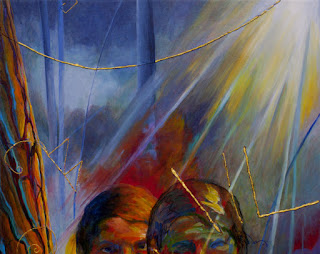 Now, the new leadership poised to take over in a month or so, looks like a blast from the past. Not in a good way. Xenophobia run amok. Isolation and bluster. Testosterone politics. Compassion need not apply.
Posted by Melanie Hickerson at 1:31 PM